You can use Toyota Camry cruise control to maintain a set speed without depressing the accelerator pedal. 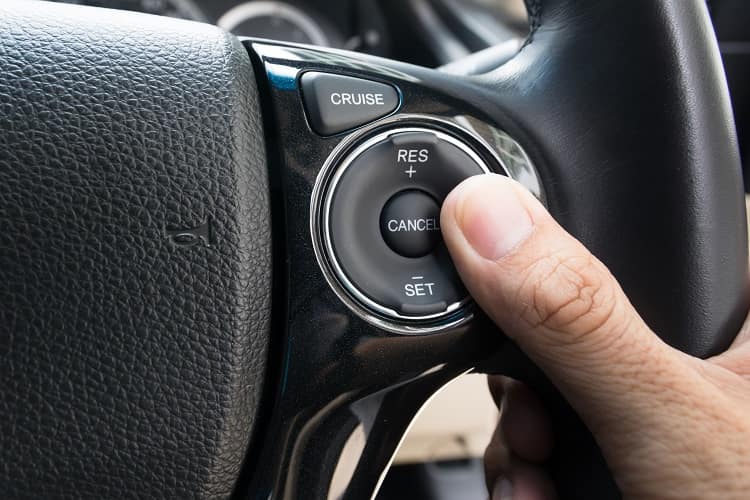 2. Accelerate or decelerate the vehicle to the desired speed, and press the “SET” switch to set the speed. Cruise control “SET” indicator will be displayed. The vehicle speed at the moment the switch is released becomes the set speed. 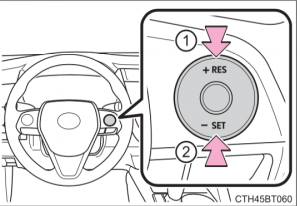 To change the set speed, operate the “+ RES” or “SET” switch until the desired set speed is obtained.

The set speed will be increased or decreased as follows: Cruise control can be set when

Accelerating after setting the vehicle speed

Cruise control will stop maintaining the vehicle speed in any of the following situations.

To avoid operating the cruise control by mistake

Do not use cruise control in any of the following situations.
Doing so may result in loss of control and could cause an accident resulting in death or serious injury.